With your permission, I’d like to tell you a story. A story that perfectly illustrates why, when it comes to the "journey vs. destination" conversation, the journey is in fact the more important of the two.

I heard or read this story somewhere a while back (at least I think I did).

I may have come across it in a fitness magazine several years ago, but it’s been so long that I’m going to have to make up the name of the main character and fill in some of the details as I see fit.

Think of this story like one of those “based on a true story” movies. The names and characters may not be real... but the lesson sure is.

Heck, even the picture further down in this blog post is just one I found online that illustrated the point of the story perfectly… but hell if I know who the woman in the picture actually is (LOL).

You may be wondering why I’ve decided to tell you such a story (given that I can‘t even remember where I heard it in the first place).

Honestly, it’s because I love you and I want to get a really important point across to you about “Journey vs. Destination”.

Besides, if me telling you an “Edutaining” (educational + entertaining) story gets you to have a positive shift in the way you understand life... then I’ll take it!

Not to mention the fact that I’m willing to bet you a clean, crisp $100 bill, that not only is the essence of this story true, but it’s probably happened dozens of times.

The purpose of this story is, in part, to get you to understand the importance of NOT achieving your goals.

“But, Devon” you say...”I thought that I was supposed to have goals and strive to achieve them.”

Yes, you are. But you also need to understand something about the journey you take when you strive to reach your goals. 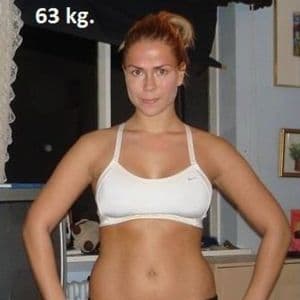 But in all seriousness...

She started going to the gym, working out hard, lifting weights, eating right, and all that other stuff you’re supposed to do.

Week after week, Mary stuck to her plan.

But week after week, she found that the weight just would not come off.

But she didn’t give up (because she was committed to her goal).

Every time she stepped on the scale and didn’t like what it said, that just strengthened her resolve to work harder.

She was just as far away from her goal (destination) as the day she began.

Sometimes the Journey is Better Than the Destination

She took the actions she was supposed to take, right?

But she wasn’t moving any closer to her goal.

Now, be honest. Would you, at this point, have given up on your weight loss goal?

Well, if you would have given up, then you would’ve missed the gift that would’ve been discovered had you continued the JOURNEY.

Why Human Beings Must Embrace the Journey...

You see, what Mary discovered after six weeks of working out, is that her body is able to build muscle really easily.

So, while she was in fact losing fat, she was also, simultaneously, gaining muscle (but her weight remained the same because muscle is more dense than fat).

In essence, the scale was lying to her.

But her body composition was completely different. Heck, on some days she even weighed MORE than her original weight.

Her body was in fact transforming, and it was becoming clearer not just when she looked at herself in the mirror, but in the compliments and attention she was getting.

Noticing the changes to her body, Mary decided to stop looking at the scale, and embrace how easily she put on muscle.

A few months later she entered one of those fitness/figure competitions and took home 1st place!

Today, she regularly competes in fitness competitions and is in love with her body (as she should be).

She weighs MORE than her original body weight, and to this day she never reached her goal (destination) of losing 20 lbs. Life Lessons From This Journey vs. Destination Story

The point of this story is to get you to understand the REAL reason the journey is more important than the destination, and the point of setting goals.

The point of setting goals is NOT (necessarily) to reach the goal. This is what most other websites and “gurus” miss.

(Besides, reaching the goal itself is often anti-climactic.)

PAY ATTENTION: Because what I'm about to share with you is the "SEXY" of this article. (Note: The “SEXY” is the main point/essence/big life-changing idea that you can take an apply to other areas of your life)

The Real Point Of Goal Setting Is Two-Fold

FIRST - The point of goal setting is to go through the process of growing as a person. That growth can ONLY be achieved by working towards a goal.

SECOND - The point of goal setting is to uncover new realities, truths, and new goals along the way. In other words, the purpose of goal setting (and taking action towards said goals) is to expose the gifts found along the JOURNEY.

Let Me Put It Another Way:

Heading towards point “B” (your initial goal)...

And along the journey, you discover point “C”, an even awesomer destination than point B, but one that you couldn’t see when you were at point “A”. Re-read the above statement, 2 or 3 more times…
It’s the KEY to everything!! That is the SEXY!

Mary’s “goal” (her destination) was never to be a fitness competitor. It was to lose weight.

So, she started working hard towards that goal.

Along the way, she discovered a new path (one that she would’ve NEVER seen had she not embarked upon the journey toward her original goal).

Did Mary ever reach her original goal? Did she reach her desired outcome?

She failed miserably at it.

But in doing so she found a greater gift.

Funnily enough, that gift was found in her weighing MORE than she thought she wanted to weigh.

(Let that sink in for a moment!)

My Personal Journey vs. Destination Example...

I remember back in 2014 when I set a goal for myself of opening an office and managing a sales team that generated $300,000+ a month in sales.

I launched my company, did $100,000 in sales the first month, hired a business coach and a dozen new employees, and started marching towards my goal of $300,000 a month.

9 Months later I was broke.

I worked hard toward my goal but “failed” miserably at it.

But in my failure I discovered something.

I discovered that I had ZERO desire to run a sales team, work out of a “real” office, or do any of the other mess I was doing.

I also discovered that making six figures a month isn’t all it’s cracked up to be - if you have to exchange it for your happiness and sanity.

That failure caused me to change my entire business model.

Along the JOURNEY, I discovered what I really wanted my life and business to look like.

I sub-leased my office to another company.

And I set it up so that everyone could work from home.

But I had to strive towards my initial goal (i.e. move from point “A” in the direction of point “B”) before I could discover what I was truly looking for (point “C”).Does that makes sense?

I hope it does.

And I hope that now when you hear people talking about "the journey vs. the destination", you understand exactly why people say the journey is the more important of the two.

I often like to end my blogs with a quote that inspires and motivates my readers.

In this case, the whole article is based on a famous quote. 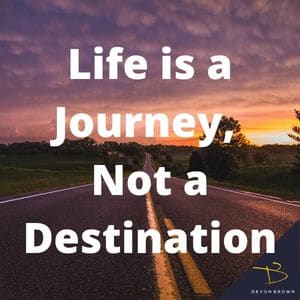 So, instead, I'm going to share some fun history on that very quote...

Ralph Waldo Emerson is often credited for the famous quote, "Life is a journey, not a destination."

However, an exact match to that quote in his works has not been found.

"To finish the moment, to find the journey's end in every step of the road, to live the greatest number of good hours, is wisdom." -Ralph Waldo Emerson

The closest match is actually from a 1920 periodical called "The Christian Advocate" that wrote:

Other 'Journey Better Than Destination' Quotes

Basically, no one really knows who first used the words "life is a journey, not a destination" but it's good advice regardless. That's clear from the many iterations of the quote over the course of generations.

The life lesson is this: set goals to help move you forward, but enjoy the journey.

Never forget that life is a journey that teaches us along the way. Be prepared to adjust your path and go with the flow as you find new meaning and better dreams you couldn't predict.

How to Start Your Journey

The first steps of your journey should lay your foundation with a healthy mindset and a clear idea of the habits you need to form. Establishing those habits will be your true goal, just like establishing healthy habits ended up being Mary's true goal.

To help get you started, I've created a FREE 7-Day Challenge to help you start living the life and being the person you want to be. You can access it through my Just Throw Some Sexy On It Facebook Group, where you'll also find tons or great advice and awesome people.

Check Out the FREE 7 Day Challenge

Read Next: The Goal is NEVER the Goal 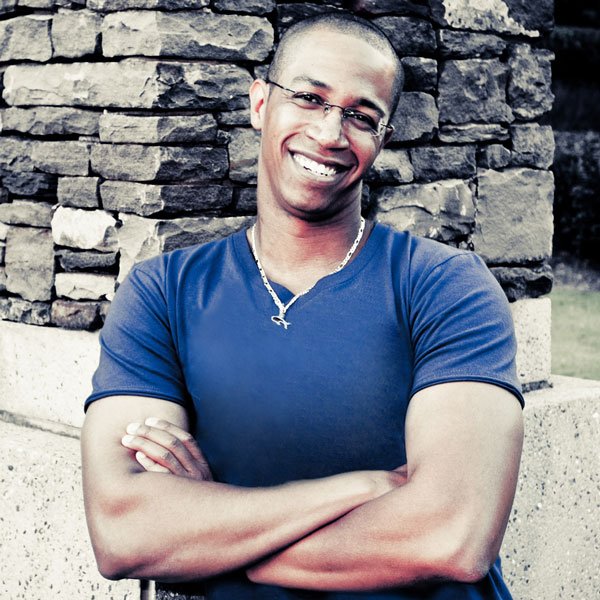 This 7-Day training shows you how to create life on your terms starting today!