Just Throw Some Sexy On It - Devon Brown Just Throw Some Sexy On It

​H​ave you ever seen one of those crazy product infomercials?.

​You know, the one’s where the guy is like “Is peeling potatoes too hard? If so, just WONDER PEEL IT!” and then he whips out some magical Wonder-Peeler that peels, chops, slices AND dices, all in a matter of seconds?

​Well what I’m about to share with you is kind of like that, only we’re not talking about potatoes...

So, in my best infomercial voice…

​“Not living the life you want to live? If so, JUST THROW SOME SEXY ON IT!”

If you’re wondering what the hell I’ll I’m talking about when I say “Just Throw Some Sexy On It,” I’m glad you asked. ​

​​Allow me to give you a little background…

Back in the late ‘90s and early 2000s, my friends and I averaged 5 nights a week going out to nightclubs. Doing a little quick math in my head, that’s somewhere in the neighborhood of over 2,500 nights out dancing in my late teens and twenties.

Why so many nights at nightclubs?

Because my friends and I were hip-hop dancers and night clubs were our domain. No drinking or doing drugs or any of that stuff…just dancing. Really!

In the early 2000s my hip-hop crew and I frequented clubs around Atlanta entertaining crowds and competing against other hip-hop crews.

On any given night there were only two objectives:

Objective #2: Parlay that attention into the phone number of a cute girl.

That was it. That was our M.O.

Whenever we were in a night club and a good song came on, we’d say something like “alright – time to throw some sexy on this crowd!”

Translation: Time to start dancing/entertaining the crowd and grab the attention of the entire dance floor.

Translation: I’m going to head over to that bachelorette party, grab the bachelorette, sit her on a chair and give her a lap-dance. I’m going to make her friends laugh, make the entire group of bachelorettes like me, and possibly even have some of them stick a few dollars in my pants.​

In nightclubs, we were kings. And whenever we wanted something in our kingdom, the solution was simple… “Just Throw Some Sexy On It.”

And while I absolutely felt like royalty on the dance floor, in other areas of my life, I felt like more of a pauper than a prince.

You might think that someone who goes out dancing 250 nights a year and is always the center of attention would do pretty well in his dating life.

If you did, you’d be woefully mistaken. Those 250 nights out at nightclubs translated to MAYBE 4 dates a year.

You might also think that someone who is comfortable being the center of a huge circle would be confident in who he is and how he looks.

Well, if you made that assumption, you’d be mistaken again.

I wasn’t confident in how I looked at all. I was too skinny. I was so skinny  that I had to run around in the shower just to get wet. Don’t worry, it’s okay to laugh. I would too.

So despite my exterior confidence, on the inside, my weight, or lack thereof, made me wildly insecure.

Wrong again. I sucked at business and had no idea how to make money.

This double life, being Superman in the clubs and Clark Kent everywhere else, continued for years.

Then, one day, when I was in my late twenties and getting deeper into the world of personal development, an idea struck me like a ton of bricks.

Then why can It "Throw Sexy" outside of the clubs?

This ONE THOUGHT Changed Everything...

Like I mentioned earlier, whenever my friends and I wanted something in the club (like attention, a phone number, or some bachelorette party to give us a few dollars), we’d Just Throw Some Sexy On It.

So, why not bring the same attitude to other areas of my life?

I mean, if I wanted to transform my body or make more sales, obviously I couldn’t just start popping my booty on people, but the core idea could still apply.

When it came to the dancefloor, I had insight into (a deep, intuitive understanding of) how things worked. So, it just stood to reason that If I could discover insights in other areas of my life, I could apply them the same way.

From then on, whenever I discovered an idea or an insight that would help me more easily get something I wanted (a better physique, more dates, etc…), I called it a  “Sexy.”

Whenever I discovered an insight and applied it to my life, I never told myself that I was “applying an insight” onto a particular area of my life…

Instead, I told myself I was “throwing sexy” on that area of my life.

“Just Throw Some Sexy On It” became a slogan. A mantra, if you will.

Try it out, for yourself. One time, out-loud...

“Just Throw Some Sexy On It”

If there was an area of my life where I felt unhappy or wanted to improve, I’d tell myself to throw some sexy on it. 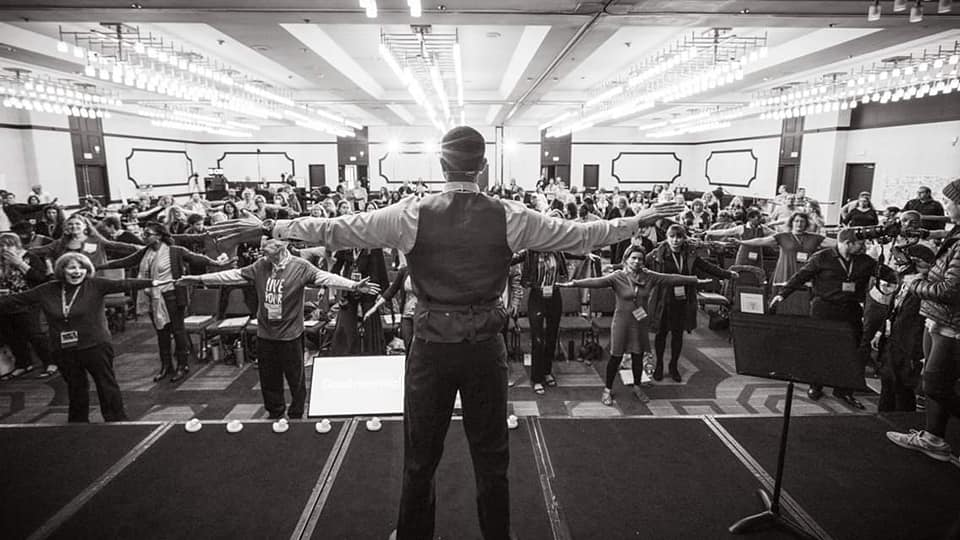 The only thing that mattered was that I said my mantra: “Just Throw Some Sexy on It.”

Those six little words would be my cue to find and apply the right insight to my situation. Those six words allowed me to change everything and create life on my terms

Now – I want this to be YOUR MANTRA!

So try it again. Say it out-loud, this time with some emphasis on the SEXY…

“Just Throw Some SEXY On It”.

Hate your weight? Don’t’ worry Just Throw Some Sexy on It.

Still mad at your ex for cheating on you? Don’t worry, we’ll Just Throw Some Sexy on It.

Want to do what you were REALLY put here on this earth to do? Yup, you can Throw Some Sexy on that too.

Soon, I’ll be releasing a book that shows you how to “Just Throw Some Sexy On It,” step-by-step. In the meantime, you can get first and early access to my best stuff and start Throwing Sexy on your life right away…

I invite you to join my private group of Sexy People who are committed to Throwing Sexy  on their own lives.

In the private Facebook group I share tips, shortcuts, and insights for Throwing Sexy on every part of your life. Have a question about how to Throw Sexy on a particular part of your life? Just ask it in the group, and I’ll do my best to answer it

The truth is that everything you want out of life is attainable, you just have to know how to Throw Some Sexy On It.

As you hang out with me inside the Just Throw Some Sexy On It (JTTSOI) group, you will hear me talk about all kinds of topics: dating, entrepreneurship, fitness, performing...

It doesn’t matter if you are single or married, if you have a business, or never want one, if you want to gain weight or lose weight, if your goal is to be on stage in front of thousands, or something completely different.

For anything we want in life there’s a solution. A simple idea or an insight that, when applied, makes you realize that you can, in fact, be, do, and have anything you want.

So, once you’re inside the group (assuming you're not already), then I invite you to

Are you ready to Throw Some Sexy on your life? 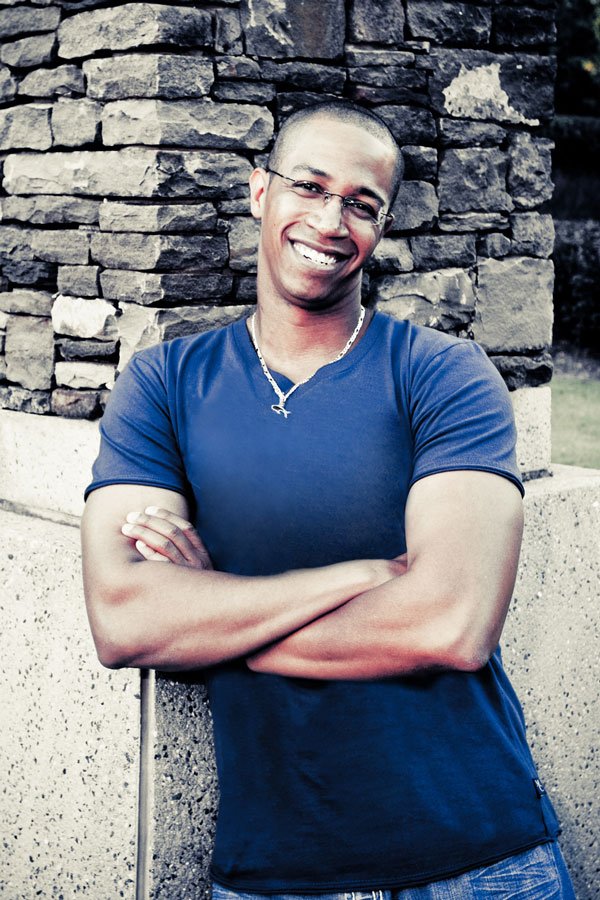 P.S. Listen, the truth is, without a support network, it is impossible to truly create life on your terms. But too many of us are surrounded by people who don’t quite get us and try to make us fit into their mold or their vision of us. One of the smartest things you can do to make your journey easier and more successful is to have that supportive environment. That is why I put together the JTSSOI Facebook group. I hope you enjoy it!

I believe this web site has some really wonderful info for everyone : D.

My brother recommended I might like this blog and he was entirely right.
Just throw some sexy on it is my new mantra! Thank you!

I love the concept and certainly appreciate your insight!

Can I just say what a relief to uncover someone that genuinely knows what they’re talking about on the internet. You certainly know how to get your ideas across. More and more people need to check this out. It’s no wonder you’re so popular for emceeing given that you definitely have the gift.

My friend shared this article on Facebook and I’m glad I clicked on it. I really appreciate how real and open you are and am going to keep following you.

About the Author Devon Brown

When Will I Achieve My Goal?

Stop Comparing Your Results to Others’ (Especially to “Gurus”)

#1 Secret to Creating a Successful Home Business (for Newbies Only)

More Powerful Than the Law of Attraction?